August was busy in the nursery. Here is a quick peek at the newborn puppies! 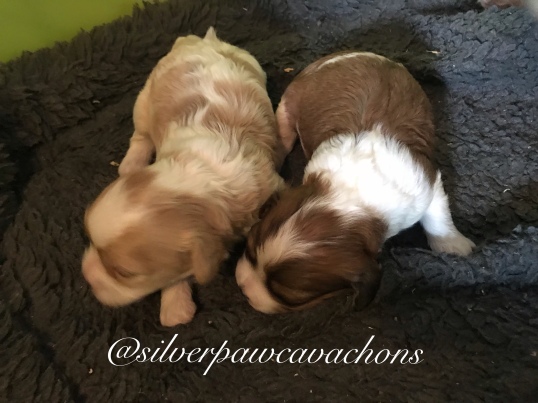 We are happy to talk with all of you on the waiting list. In fact, we haven’t heard from some of you in a long time. It would be good for us to touch base so I know how to plan around all of your timelines!

Puppies are all doing well!

It’s time to show you all the activity we’ve had around here in August! I gave you a teaser on Facebook about this “chocolate” litter and now you get to see them!!

Here are the Maddie & Finn pups. They are all solid sable, 2 girls and 3 boys. We are happy to take names for these puppies. 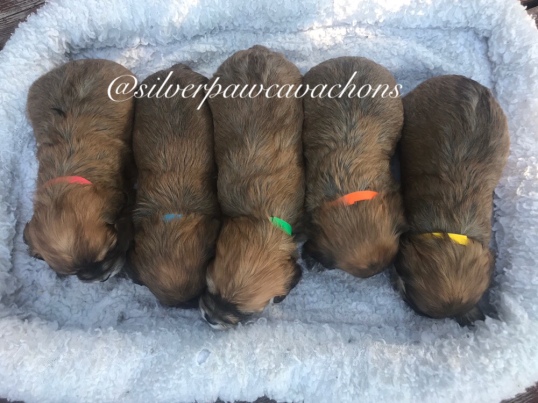 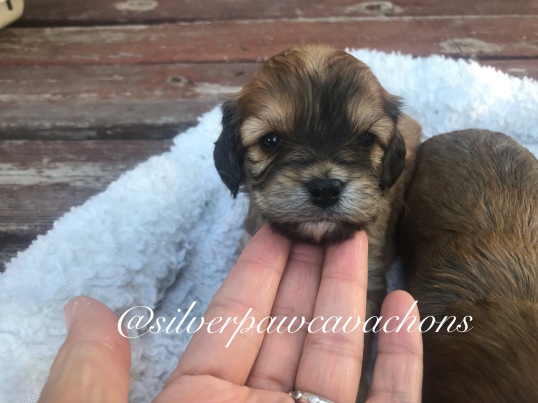 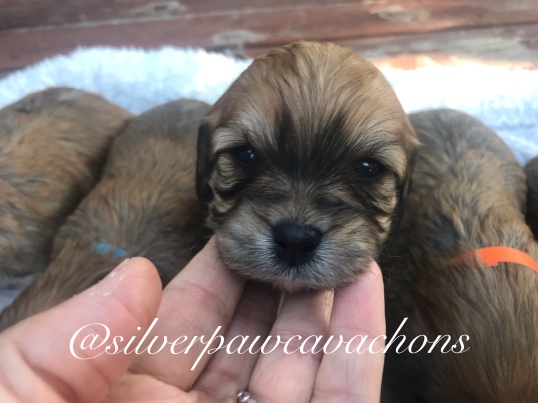 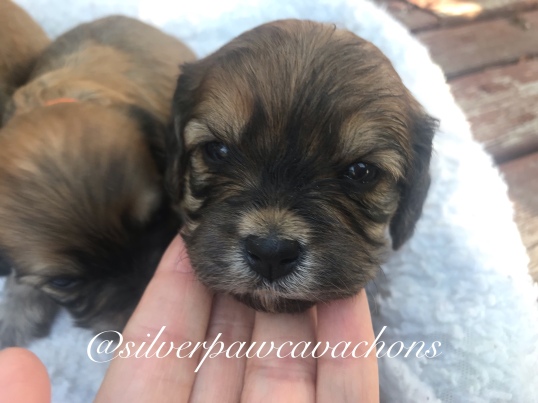 They are just starting to get up on their feet and move around. They will be ready for new homes starting September 26th.

Please don’t comment here but instead send us an email if you’d like to talk more about this litter.

I’m back from my final summer vacation and have lots of news about new puppies. But first, I want to show you the Paisley pups. Two have been matched to their forever families, but the tiny blenheim girl is still looking for her new home. They are 7 weeks old this week and will be ready to go home next Wednesday!

We call this big boy “Goliath”. He has been matched to his forever family. 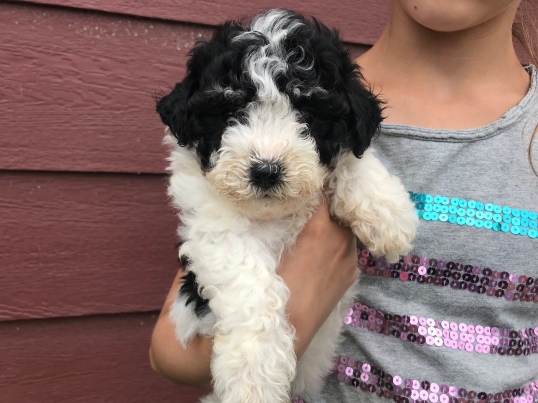 This girl is so cute and curly. She will be going home next week to her new family. She is a bundle of softness and fluff! 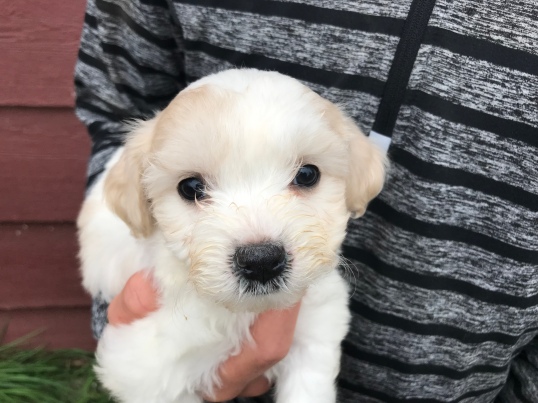 This is our tiny girl in the litter. She is blenheim (apricot and white) and should be from 10-14 lbs as an adult. She is petite with slightly wavy hair. She is still looking for her forever home. She will also be ready next week.

Please message us if you’re interested in this little blenheim girl. We can’t wait to meet her forever family!

Stay tuned for news about our newest litters!

I’ll be slow to respond to emails as I’m on vacation until August 18. Puppies are doing well. There are 11 new puppies with solid sable, sable/white, blenheim, and golden colors. I’ll post details when I’m back home.

We are also expecting a litter of Bichons soon.

Have a beautiful week!!

Welcome to Silver Paw Cavachons! Kick off your shoes and stay a while…

These are the last puppies until Spring/Summer 2023. Thank you for your patience as we take a break in January, February, and March

AND...
One lives with her family in a motor home and travels all over the USA constantly!! 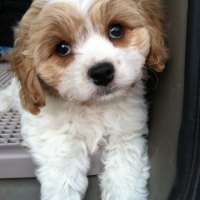